Lighting upgrades – a great investment into the future

Outdated lighting can immediately draw attention to itself in a negative way, especially on grey autumnal days. It’s not only about meeting standards – it’s about basic visual comfort and an inviting, purchase-enticing atmosphere.

All signs point to the fact that antiquated lighting is on its way out – not least because of recent regulations, including the ROHS directive, which will require the discontinuation of selling any existing fluorescent tubes for use in commercial and similar buildings. The current energy crisis is also making it increasingly crucial to make smart decisions on upgrading to better solutions.

Optimising lighting technology is one of the most important ways to reduce electricity costs. This is especially true for retail facilities, due to the long opening hours of many shops, grocery stores and supermarkets. LED lighting boasts many advantages,
including high efficiency, long lifetimes and minimum maintenance.

Landi is a Swiss retailer that belongs to the Swiss Fenaco Group. They have numerous locations all over Switzerland – around 280 shops. For several years now, renovating the lighting in Landi stores has been one of the priorities in terms of improving energy and cost efficiency, in addition to good product placement and
customer satisfaction. The annual electricity costs had previously been estimated by Landi management to be in the five-digit franc range, and savings of ca. 50% can be expected with a luminaire renovation. Additional potential savings of 10-20% are possible through the use of daylight sensors. 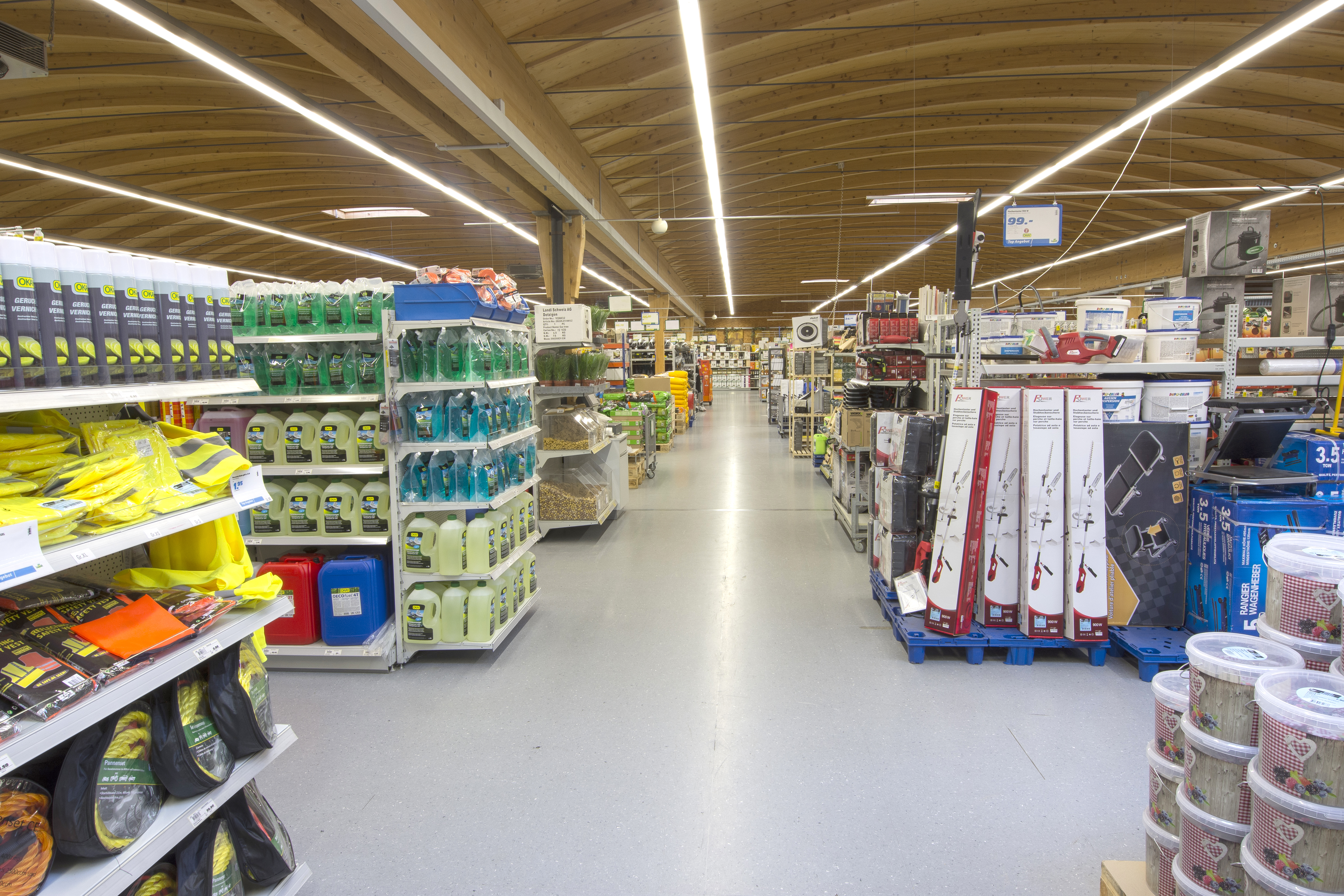 “Landi has been one of our most important customers for over ten years. We were trusted to equip many of their branches with lighting throughout that time,” says Reto Hess, Business Manager at O. Küttel AG.

The systematic lighting upgrades have helped Landi not only to achieve a sustainable reduction in electricity consumption, but also to improve the quality of light, which has a positive effect on people’s wellbeing, the employees’ work performance, as well as purchasing behaviour. If you visit the Landi store in Bellmund in the
Bernese Seeland, which is already equipped with LEDs, you will quickly notice the good atmosphere in the room. The rooms are inviting, friendly and bright. The goods are well presented – you feel comfortable, the length of the customers’ stay is increased, which in turn has an effect on the sales figures.